Using variables inside a questionnaire like in serial letters #questfox

Posted: 1. September 2016 | Author: annaliska | Filed under: Uncategorized |2 Comments
In a questionnaire you sometimes need to use a value that was typed-in or clicked inside another question. Transfering data inside a questfox questionnaire is possible after having understood the market research philosophy of label an value and the questfox concept of distinct IDs across all projects.

A single choice question is designed as follows: 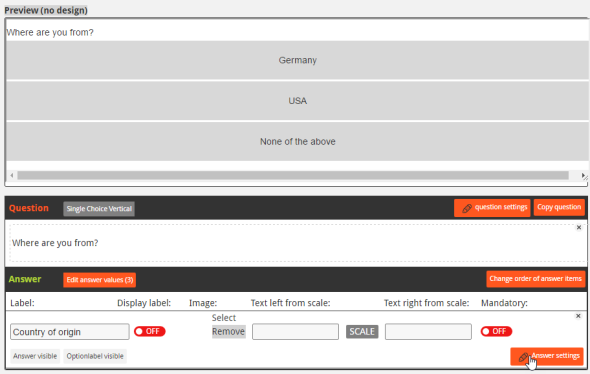 If the question is a choice question, questfox distinguishes Label from Value. 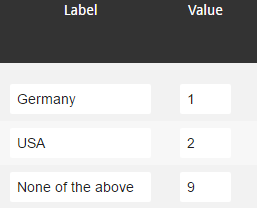 A variable has a value (Example: 2) which is described by a label (Example: USA)

Finding the questfox ID of a question

A list of all your variables and their respective IDs can be found under “Project Structure” and Show List of Variables. 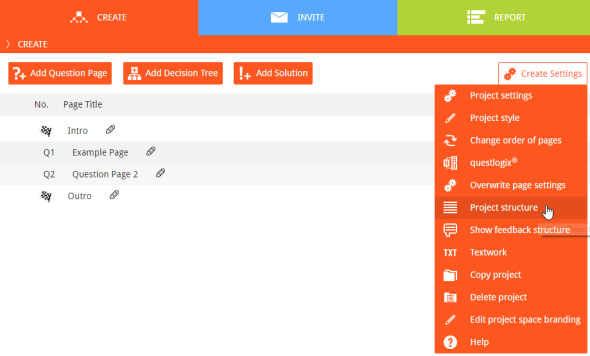 Adding IDs into the question part

If you want to show the label (=text) or value (=number) you have to put the ID in the question html code in brackets and ad @ to show the value:

Just put in those IDs into any kind of questfox question right into the question text.

Anna Liska from germany typed in her favorite number. The receiving page looks like this 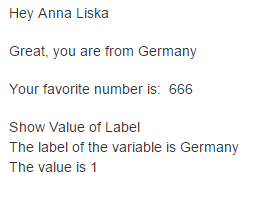 An animated overview about this process:

A live example for you to follow that example:
https://q.questfox.com/go.html?BID=pBJtE1bn
Also see the advanced applications of data integration in links under
Magical Re-Direct Linktails in #questfox
questlogix re-direct dynamic data transfer into third party system with #questfox